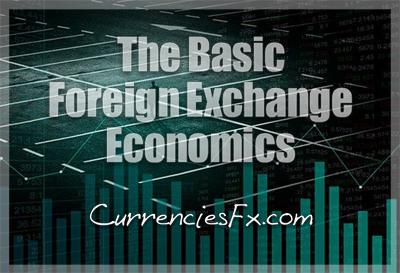 Here are all the major factors affecting the fluctuations of global currencies.

The balance of trade is the difference between the value of exports and the value of imports. If this difference is positive, the economy produces a trade surplus and that it is favorable for the domestic currency. That is happening as foreign buyers are obligated to exchange more of their home currency than domestic sellers. If this difference is negative, the country has a trade deficit, and that is bad news for the demand for its currency.

Moreover, a domestic currency reflects the government's economic policy regarding the domestic balance of payments. For example, when the government policy aims to shorten the trade deficit imposes restrictions and tariffs on imports or subsidies on exports. But usually, this kind of government intervention results in retaliation measures from other countries and thus the long-term effect for a currency may conclude to zero or even negative.

Inflation plays a major role in Foreign exchange trading. When the level of prices increases, each unit of a currency can buy fewer goods and services, and thus the purchasing power of money is decreasing. On the other hand, higher inflation means higher growth and higher interest rates, this is why usually when inflation grows the domestic currency is increasing against foreign currencies.

Political stability is a very important factor regarding the future value of an exchange rate. Political uncertainty increases the risk to the economy and reduces consumer and investor confidence. When there is no political stability the potential for future economic growth is jeopardized. Furthermore in periods of global political uncertainty investors prefer “Safe-Heavens”. That means that they will exchange weaker currencies for stronger currencies, like the US dollar and Euro.

1) When there is Political Stability → the domestic exchange rate appreciates ↑

The monetary policy and the long-term macroeconomic strategy of a major Central Bank can determine to a high extent the current and future exchange rate. As it is already mentioned, Central Banks may interfere by maneuvering interest rates, but also in many other ways. For example, an intervention may involve the purchasing of domestic bonds (e.g. the European Central Bank during 2011-2012).

The price of widely used commodities may affect the value of an exchange rate. For example, when the price of oil goes up, oil-exporting currencies are moving higher against oil-importing currencies. Countries like Norway, Russia, and Canada are highly affected by the prices of energy commodities and thus their currencies are reflecting and incorporating those price changes very quickly.

Currency speculation can highly affect exchange rates, especially the exchange rate of a small country. Large institutional speculators (i.e. hedge funds) have the power to bet against a weak currency aiming for profits as it goes down. For example, in 1992, George Soros made over 1 billion USD by short-selling the British Pound Sterling.