The Purchasing Power Parity (PPP) model or else the “law of one price” estimates the adjustment needed on the exchange rate between countries in order for the exchange to be equivalent to each currency's purchasing power.

PPP assumes that if there are no barriers to free trade the price of the same commodities must be the same everywhere in the world. Based on that assumption, the exchange rate between two economies must fluctuate towards a long-term value that ensures the equilibrium of commodity pricing.

Key Points regarding the PPP Analysis:

Basically, the price parity between the two countries is formulated as:

This can be also expressed as:

Actually, there are two different ways to calculate the Purchasing Power Parity (PPP):

Practically, in order to calculate PPP: 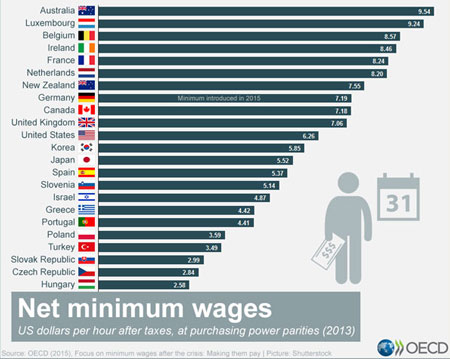 The Problems when using the PPP

PPP assumes that there are no barriers to trade. But actually, there are a lot of barriers and other similar anomalies in international trade. Moreover, Forex currencies can remain overvalued for long periods of time. For example, the Swiss Franc (CHF) remains overvalued, on a PPP basis, since the 80s.

These are some factors disturbing PPP analysis: