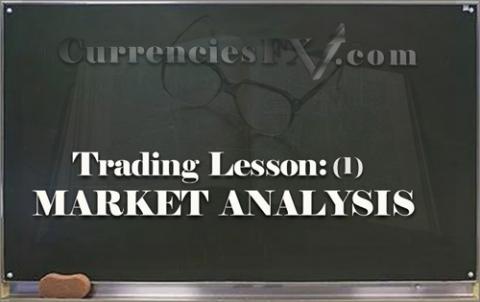 Market analysis refers to the process of studying market fundamental data and measuring the dynamics of future demand and supply in order to identify risks and spot trading opportunities.

■ Think Long-Term and Invest in the Future

■ Create the Macroeconomic Picture of Tomorrow

Professional traders create a picture of the future macroeconomic conditions before making any trading decision. Paul Tudor Jones says: “If trading is like chess, then the macro is like three-dimensional chess. It is just hard to find a great macro trader. When trading macro, you never have a complete information set or information edge the way analysts can have when trading individual securities. When it comes to trading macro, you cannot rely solely on fundamentals; you have to be a tape reader.”

Thinking long-term is all about anticipating the macroeconomic environment of tomorrow. The main focus is on variables such as inflation, employment, interest rates, and the action of the FED to deal with these conditions. All information is important. Create a few scenarios and seek confirmation using tools such as the FedWatch tool (target rate probabilities) and the Overnight Repo Rate.

■ Markets are Unpredictable, Imagine different configurations of the world and alternative scenarios

Successful traders have the ability to think multi-directionally and create multiple scenarios about what is going to happen. Creating different scenarios provides the opportunity to adapt to any future market conditions.

Bruce Kovner says: “I have the ability to imagine configurations of the world different from today and really believe it can happen. I can imagine that soybean prices can double or that the dollar can fall to 100 yen. One of the jobs of a good trader is to imagine alternative scenarios. I try to form many different mental pictures of what the world should be like and wait for one of them to be confirmed.”

■ Listen to what the Big Players are Saying, but Don’t Trust the Reports of Large Banks

Don’t try to explain market behavior based solely on what you know. The markets move before the news because there are others that know more than you. Bruce Kovner argues that: “There are thousands of difficult-to-understand mechanisms that lead the market, which come into play before the news reaches some poor trader sitting at his desk.”

It is beneficial to monitor what the big players are saying; they know more than you. However, don’t trust the reports of large investment banks (Morgan Stanley, UBS, etc.), they usually describe what they wish to happen in the market, not what they really believe will happen. If they want to sell the market, they will probably say that they are bullish, and if they try to buy the market, they will probably talk about hazards and risks. In addition, never trust politicians. Trust only individual gurus that have a proven record of speaking the truth, such as Ray Dalio and Paul Tudor Jones.

■ Markets are Never Wrong, Opinions Often Are, Be Ready to Change your Opinions

Jesse Livermore argues: “Don’t trust your own opinion and back your judgment until the action of the market itself confirms your opinion. The human side of every person is the greatest enemy of the average investor or speculator. Wishful thinking must be banished.”

Furthermore, in a globalized economy, macroeconomic conditions can change by the day. In such a dynamic environment you must always think flexibly and be willing to change your opinions to survive.

■ Price Trends Matter Only Within the Context of a Fundamental Landscape

In general, there are two types of market trends:

The anticipation of a key price trend should reflect current or future fundamental events to make sense. If price movements do not reflect fundamentals, sooner or later the price will retrace to its mean.

As Colm O’ Shea says: “People get all excited about the price movements, but they completely misunderstand that there is a bigger picture in which those price movements happen. To use a sailing analogy, the wind matters, but the tide matters, too. If you don’t know what the tide is, and you plan everything just based on the wind, you are going to end up crashing into the rocks. That is how I see fundamentals and technicals. You need to pay attention to both to make sense of the picture.”

■ Knowing the Stage of the Market Matters the Most

You can easier make money buying an expensive asset in a bull market than a very cheap asset in a bear market. Identifying the stage of the market is helpful in pricing opportunities, calculating risks, and adjusting your position-sizing respectively.

Victor Sperandeo says: “Trading the market without knowing what stage it is in is like selling life insurance to twenty-year-olds and eighty-year-olds at the same premium.”

In general, there are two key cycles in the economy:

You must be able to identify the current stage of the market before getting any exposure.

■ Focus Constantly on the FED and Liquidity

As the legendary Stanley Druckenmiller pointed out: “Earnings don't move the overall market; it's the Federal Reserve Board… Once an economy reaches a certain level of acceleration, the Fed is no longer with you… The Fed, instead of trying to get the economy moving, reverts to acting like the central bankers they are and starts worrying about inflation and things getting too hot.”

Lessons to be learned:

As mentioned before, historically, the economy moves from inflation to deflation. Deflation forces central banks to increase the level of liquidity in the market in order to boost consumption and employment. Interest rates go down. That is the perfect environment for capital markets to create bubbles.

The bubble is expected to last until inflation returns. When inflation returns, central banks withdraw liquidity and the capital markets tank. These are some early signs that inflation is about to return and you must sell hard assets:

■ Bond prices and Stock Market are the Best Economic Indicators

Two reliable indicators for predicting future economic conditions, at an early stage, are bond prices and the stock market. Historically, the stock market is able to predict economic recovery long before it happens. Stanley Druckenmiller argues that: “Whenever I see a stock market explode, six to 12 months later you are in full-blown recovery.”

However, the most resourceful insight for future economic conditions derives from the prices and the spreads of government bonds.

The spread difference between the 10-year and 30-year bond

As a general rule, the longer-maturity bond should pay a higher yield than a shorter-maturity bond. By measuring the spread between two different maturity bonds, we can make some important observations regarding where the economy is heading. These are the four (4) basic scenarios: