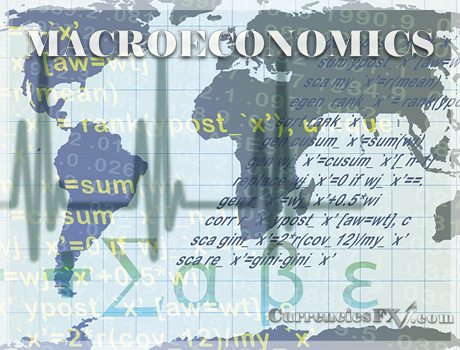 Macroeconomics is a branch of economics that studies general economic factors and large-scale events to predict economic behavior and decision-making of the economy as a whole. The three major concerns of Macroeconomics are employment, inflation, and National output.

The analysis of a traditional exchange rate model can offer useful insight for long-term traders and currency strategists regarding the long-term trend of an exchange rate. These are some conclusions derived from empirical evidence

The Purchasing Power Parity (PPP) model or else the “law of one price” estimates the adjustment needed on the exchange rate between countries in order for the exchange to be equivalent to each currency's purchasing power.

The Portfolio Balance approach is a modern theory based on the relationship between the relative price of bonds and exchange rates.

5. Balance of Payments Approach → Balance of current and capital accounts

According to the Balance of Payments theory, changes in a country’s national income affect the country’s current account. Consequently, the exchange rate is adjusting in a new level in order to achieve a new balance of payments equilibrium.

Robert, Baron Triffin was a Belgian-American economist who was openly against the Bretton Woods monetary system. Triffin dilemma or else Triffin paradox refers to countries whose currencies are used as global reserve currencies, like the United States and the US dollar.

Identified in the 1960s, the Triffin dilemma describes a situation where there is a conflict of interest between short-term domestic objectives and long-term international objectives.

The Modern Monetary Theory is an alternative to the traditional macroeconomic theory. Generally, MMT suggests that there is no limit to the quantity of money that can be created by a central bank. The only limit comes from the impact of inflation.

A list of some of the most important macroeconomic indicators when trading Forex currencies: