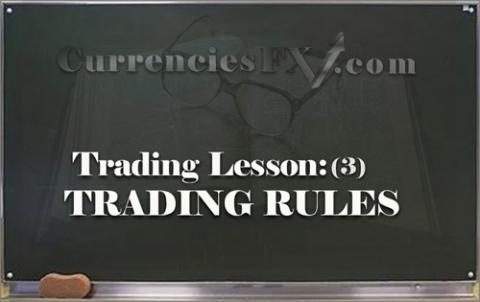 Trading is a zero-sum game, and as there are a few people making a lot of money, there must be a lot of others who lose. That means that basically you should trade against the crowd.

■ Your Trading Style must Match your Personality

Your character and personality play a major role in your decision-making process. Fear and greed can lead to weak hands and catastrophic decisions. It is important that our trading style matches 100% our personality, in a way that our hands will always be strong no matter the market conditions.

■ Expect the Unexpected and Always Be Prepared

When you trade the global financial markets, you should expect the unexpected. Nothing is impossible and there are no boundaries to where the price can go. Markets tend to overreact to unexpected news, however, in the long-run rationality prevails. Be prepared for every event and take advantage of the fear and uncertainty. Create long-term positions against the market sentiment, without using any capital leverage. As Warren Buffet says, uncertainty is the friend of the buyer of long-term values.

George Soros says: “The financial markets generally are unpredictable. Successful traders abide by this philosophy by heart. Markets truly are random and no one knows where, when, and how prices will move. The biggest opportunities lie in those unexpected events because most people are betting on the obvious, and in the market, most people are wrong. The key is to be ready for every scenario that can happen so that you can take advantage of the opportunities that lay ahead.”

■ Every Day Assume That all Your Positions are Wrong

When you trade the financial markets, you can’t afford to have an ego. There is no certainty and no one knows what is going to happen tomorrow. That is why you need to constantly re-evaluate your positions and have a game plan that covers every possible scenario. Always know what you must do in case your positions are wrong. That is the only way you can build confidence and trade objectively.

Paul Tudor Jones says: “I know where my stop risk points are going to be. I do that so I can define my maximum possible drawdown. Hopefully, I spend the rest of the day enjoying positions that are going in my direction. If they are going against me, then I have a game plan for getting out. Don't be a hero. Don't have an ego. Always question yourself and your ability. Only bet when the odds are substantially in your favor. Don’t bet unless you have a margin of safety.”

■ The Three Conditions for a High-Probability Winning Trade

Very successful traders have the discipline to accept only those types of high-probability trades.”

■ Watch How the Market Responds to Fundamental Data

One of the most insightful moments comes from watching how the market responds to key fundamental data.

Watching how the market responds to key fundamental information can tell you a lot about what the big players are doing.

Joe Vidich says: “If there is bearish news before the opening and the market does not trade down much during the first hour, it indicates that the smart money is not selling and that the dip is a buying opportunity.”

■ Keep an Eye on the COT (Commitment of Traders) Report

The Commitment of Traders is a weekly report released by CFTC that shows the aggregate trading positions in the US Futures Markets.

The COT report refers to the aggregate long and short positions of three major market participants: 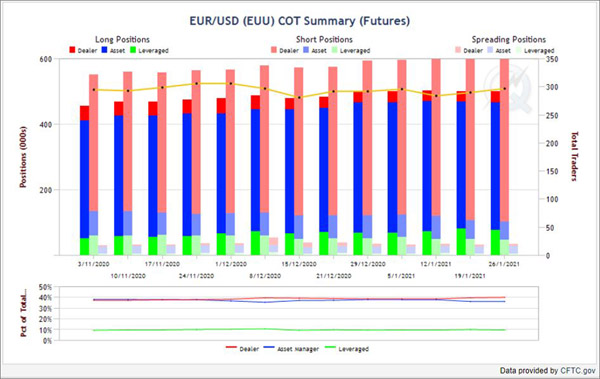 In general, you want to trade in line with Non-Commercial Traders and against the rest. The report includes short and long positions in different asset classes:

■ Closing your Position in the Direction the Market is Moving

Most of the time you want to run your profits. However, when a trade has already made a lot of money and your target price is near, take your profits in the direction of the market.

Linda Bradford Raschke says: “Most markets move for only so long in one direction before having a reaction back in the other direction. It’s better to exit your position in the direction the market is moving and benefit from positive slippage than it is to trail a stop.”

There is absolutely no point in trying to buy the bottom and sell the top. It is smart to wait for some kind of confirmation that the bottom or top is in, before entering the market. If you apply technical analysis seek for:

As Randy McKay points out: “I want to catch the easy part. I never try to buy a bottom or sell a top. Even if you manage to pick the bottom, the market can end up sitting there for years and tying up your capital. You don’t want to have a position before a move has started. You want to wait until the move is already underway before you get into the market.”

■ Be Willing to Take What the Market Gives You

Having target prices for your trades is necessary. You need a target price and a stop-loss in order to calculate the Risk/Reward ratio of each trade. Nevertheless, in case the market conditions change unfavorably, you must be willing to change your targets. When things start to get out of your control, you must be willing to close your positions and take what the market offers you. You can never ignore the market.

Linda Bradford Raschke says: “I’m also a firm believer in predicting price direction, but not magnitude. I don’t set price targets. I get out when the market action tells me it’s time to get out, rather than based on any consideration of how far the price has gone. You have to be willing to take what the market gives you.”

■ When to Trade Market Reversals

Some of the greatest trading opportunities in life are when you get early in a market reversal. However, entering positions against the master trend is extremely risky and not advisable.

Paul Tudor Jones says: “I believe the very best money is made on the market turns. Everyone says you get killed trying to pick tops and bottoms and you make all your money by playing the trend in the middle. Well for twelve years I have been missing the meat in the middle but I have made a lot of money at tops and bottoms. The sweet spot is when you find something with a compelling valuation that is also just beginning to move up. That’s every investor’s dream.”

There are three key important moving averages to watch:

■ Price Breakouts Must be Violent and Confirmed by Significant Volume

Trading breakouts are one of the most successful trade strategies in every financial market. However, most breakouts are fake, and after a while, the price retraces back and even goes below support/resistance. In order to distinguish a real breakout from a fake breakout, try to answer the following questions:

The more confirmation you get when answering the above questions, the more ‘legit’ the breakout. Bruce Kovner says: “A violent and quick breakout is much more reliable than a typical breakout.”

Market volume indicates the tops/bottoms of long-term market movements. This is happening as big players unfold their holdings to retail speculators that are driven by the Fear of Missing Out (FOMO). A sudden increase of the volume at the point of a market reversal is a strong sign that the price trend is likely to change.

Paul Tudor Jones says regarding the stock market crash on October 19, 1987: “When we came in on Monday, October 19, we knew that the market was going to crash that day. As the previous Friday was a record volume day on the downside. The exact same thing happened in 1929, two days before the crash.”

■ Markets move Sideways Most of the Time

As everyone tries to follow the trend, most traders suffer from the misconception that markets always trend. That is not true. Most of the time the markets are ranging. That information is very critical in order to selectively open positions.

■ When the Markets are Emotionally Overwrought, They’re Almost Always Wrong

Don’t trust a market that is emotionally overwrought. Most of the time, these types of markets are asymmetric. Demand/supply imbalances create the ideal conditions for a ‘long squeeze’ or a ‘short squeeze’. If the great majority of retail traders create positions in one direction, the market is destined to move to the other. When this happens, you don’t want to trade on the wrong side.

■ Basically, Be Contrarian to the Market

Trading is a zero-sum game, and as there are a few people making a lot of money, the majority of traders must lose money. The herd is destined to be wrong. Once you understand this, you will always add a contrarian flavor to your trading decisions.

Paul Tudor Jones says: “Markets look their very best when they are setting new highs, that is often the best time to sell. He instilled in me the idea that, to some extent, to be a good trader, you have to be a contrarian.”

As mentioned above, any decision for opening a trade position should have a fundamental landscape. As long as this landscape remains the same the best idea is to stand by your position, and run your profits. Nevertheless, if the market runs too fast you can take some profits or even withdraw your initial investment and trade only your profits.

Peter Lynch says: “The trick is not to learn to trust your gut feelings, but rather to discipline yourself to ignore them. Stand by your stocks as long as the fundamental story of the company hasn’t changed.

Good information is useless without willpower.”

■ Charts do not Predict the Future, they can only Predict Volatility and show Reward/Risk Combinations

A lot of traders believe that technical analysis can predict the future. That is a mistake. There are many unexpected events that can happen in the future and have a devastating effect on the prices of financial assets. TA can’t possibly predict and incorporate all these events. However, technical analysis is still very useful for the prediction of upcoming volatility and the identification of Risk/Reward combinations.

Peter L. Brandt says: “I have made my living since 1975 trading futures markets using charts. My conclusion on chart trading:

1. Charts do NOT predict prices

3. Charts simply tell us where a market has been

4. The only value in charts is for trade/risk management”

William Eckhardt says: “One could assign weights to the various indicators. But this approach tends to be assumption-laden regarding the relationship among the various indicators. In most circumstances, the best strategy is not some optimized weighting scheme, but rather weighting each indicator by 1 or 0. In other words, accept or reject. If the indicator is good enough to be used at all, it's good enough to be weighted equally with the other ones. If it can't meet that standard, don't bother with it.”