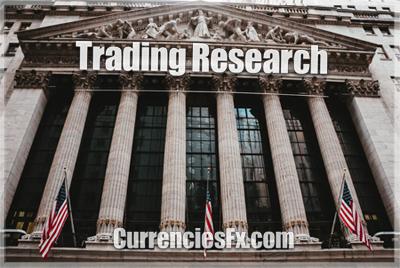 The globalization of the economy and the unification of the world financial markets into a common area of investment opportunities are the drivers of the increased cross-asset correlations we are witnessing the past 20 years.

In general, a correlation between two variables expresses an average relationship that is backed with historical data. The correlation coefficient receives values between -1.0 and +1.0, and that means:

What is a Cross-Asset Correlation?

During periods of macro uncertainty, investors tend to see equities, soft commodities, energies,and corporate bonds as sources of unwanted portfolio risk. Hence, they sell simultaneously all these asset classes. The price of these asset classes moves consequently in sync. This phenomenon creates an increased relationship between macro uncertainty, volatility, and cross-market correlations. In the following chart by JP Morgan, we can see exactly how increased volatility results in high cross-market correlations.

Chart: The relation between Volatility, Alpha, and Cross-Market Correlations

These are some basic conclusions:

These are the key correlations between different asset classes:

There is a strong correlation between Forex currencies and equities. This correlation is enhanced by Carry trading, Trading on Margin, and Cross-Asset Arbitrage. The strongest Forex/Equity correlation exists between USJPY and the US equity markets. When the risk appetite for buying stocks increases then investors usually borrow money in Japanese yen in order to buy these stocks. That is happening as the Japanese Yen offers traditionally very low borrowing rates. The result is that when equities go up the US Dollar against the Japanese Yen goes up too.

■ US Equity Indices are directly correlated to USDJPY

Before the financial crisis of 2007-2008, there was a highly negative correlation between equities and the US Dollar. After 2008, things got more complicated.

As we said before, financial markets operate nowadays as a common area of investment opportunities offering different Risk/Return combinations. The Equity Markets are highly correlated to almost all other major financial markets. There is a high correlation to Government Bonds, to Credit Products, but also to several Forex pairs (USDJPY, USDCHF, etc.).

As it was explained before, macro volatility can be the key driver of increased equity market correlations. Take for example a period when investors fear the prospect of global economic growth. They will sell equities but at the same time they will sell Corporate Bonds, and go short on Crude Oil as the demand for energy will consequently decrease.

In another example, when Foreign investors buy aggressively equity assets the domestic currency will consequently appreciate as an effect of the increased capital inflows.

During periods of financial turmoils, investors become risk-averse and thus they tend to sell equities in order to buy government bonds. There is a strong correlation between USDCHF and the Yield of US Bonds. Note that the yield and the price of a government bond are negatively correlated, and therefore:

□ More about the Correlation of US Bonds Yields to USDCHF

The implementation of portfolio diversification techniques during the past 20 years concluded in a major investment appetite for commodities. Commodities are highly correlated to both currencies and equities. The currency rate of major commodity exporters is highly influenced by fluctuations in the commodity markets. For example, the Australian Dollar is highly correlated to gold as Australia is the world's largest gold exporter.

■ AUDUSD has had 80% historical correlation to the Gold Price

□ More about the Correlation of Gold to AUDUSD

In addition, several currencies are correlated to Crude Oil, for example, the Canadian Dollar, the Norwegian Krone, and the Russian Ruble.

The commodity prices, in general, are negatively correlated to the US Dollar. The reason is that commodities are priced in US Dollars.

Credit and Equities are highly correlated (80%) among themselves. This correlation is based mainly on:

(i) capital structure arbitrage, but also on

Cross-asset correlations can be traded using Straddle Techniques after performing a detailed Correlation Study. Here is the basic mechanism behind a cross-asset straddle trade:

(2) he sells the asset that trades statistically higher, and at the same time,

(2) he buys the asset that trades statistically lower (an equivalent position).

This straddle technique is more effective when there is a considerable gap between the two correlated assets and when the cross-asset correlation is above 0.75.

These are some interesting cross-market negative correlations that can be traded using a straddle strategy: